What you guys know as “Crab Ragoons” and as a yummy appetizer from most Chinese restaurants, I first knew as “Seafood Wontons” from a little tiny restaurant named The Bamboo Hut. It was across the street from Provo High School.

Lunch at The Bamboo Hut was as much a part of my high school career as was passing Mr. Rutter’s English class.

As soon as the lunch bell rang, you moved! The goal was to get across the street before the line for lunch at the Hut grew to the point where you knew (even as you got in line anyway) that you were going to be late for your first class after lunch.

Most days my lunch was the same thing: a $0.50 (fifty cent) plate of rice and noodles with rib sauce. It was so amazingly delicious! On very rare and very special occasions (like if I had babysat that weekend and had some extra money), I would splurge and get the most delicious thing on their menu… Seafood Wontons.  Simply AH-MAY-ZING! 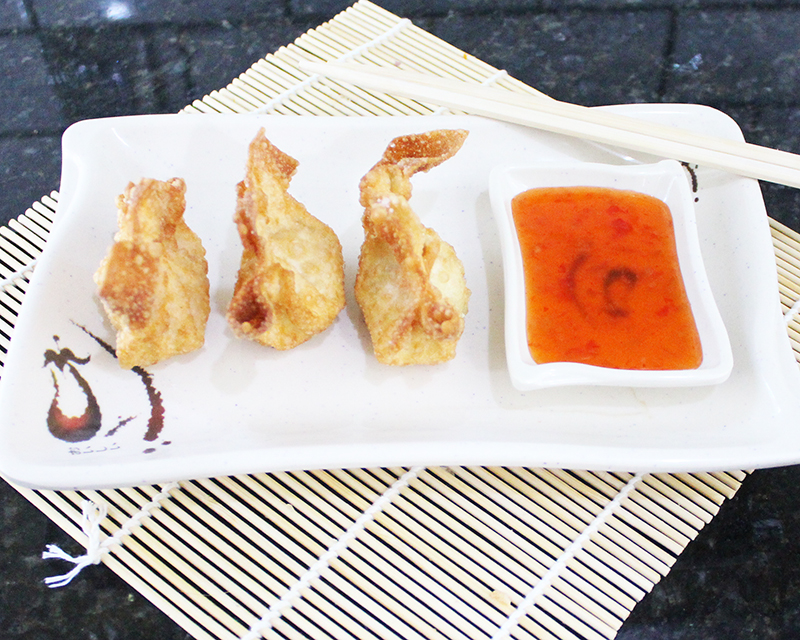 Before The Bamboo Hut I had never heard of (or tried) Crab Rangoon or seafood wontons. A few years later, I did try Crab Rangoon from a Chinese restaurant – they were OK. Nothing like I remembered from The Bamboo Hut. No flavor, just cream cheese and a few little green bits.  The Hut’s seafood wontons had FLAVOR! There was more to them than just cream cheese and a few green onions. I didn’t know what else went in them but I knew they were so, so delicious!!

This recipe is the result of my many, many attempts at recreating what I remembered from high school. Now remember, I have not had a Seafood Wonton from The Bamboo Hut in over 20 years so to be honest, I have no clue if these are even slightly similar! I do know that I wouldn’t change a thing about this recipe. IT IS CRAZY STUPID GOOD.

Sadly, The Bamboo Hut closed a couple of years after I graduated from high school.  Another restaurant with the same name opened up a few years after that. They were not the same as The Original Bamboo Hut, though. HOWEVER! As evidence that dreams DO come true, a few years ago (through the miracle of Facebook) I found a page called “THE ORIGINAL BAMBOO HUT”. They claimed to be the original hut with all of the original recipes. They no longer had a restaurant – they were instead a catering company and had booths at fairs around Utah County.

When I knew I would be driving you (Bryson) across the country to your first semester at university (Go Cougars!) in Utah, one of the first things I did was look and see if there was a fair that The Original Bamboo Hut would be working. THERE WAS! And they WERE JUST AS AMAZING AS I REMEMBERED THEM! I ordered the plate of rice and noodles with the rib sauce (NOT $0.50 anymore) and it tasted just like all the best memories of high school covered in a rich and savory sauce! Talk about good food memories! That day they did not have the Seafood Wontons.

…which is probably a good thing; some memories need to be preserved with no pesky reality getting in the way.  The Original Bamboo Hut Seafood Wontons NEEDED to stay the world’s best Seafood Wontons! 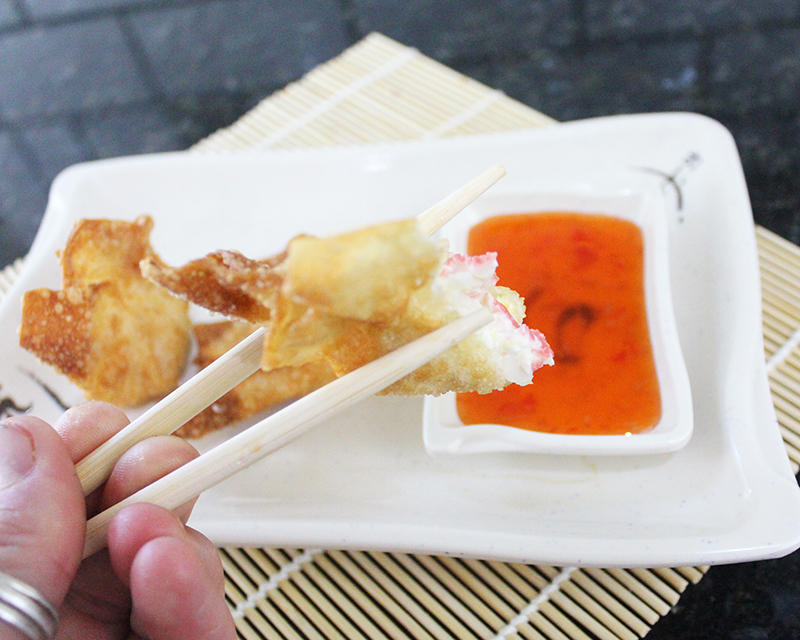 I serve these with a sweet chili sauce – we love this sauce! I have always bought it from the local Asian market; however, I did stumble across a really interesting homemade version of it – HERE. I cannot believe I have never thought to try and make it homemade – I am super excited to try it out though!